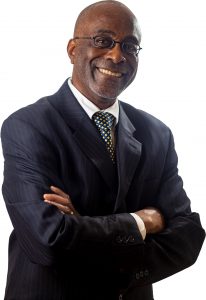 Attorney Joseph D. Feaster, Jr. has been practicing law for over 43 years, during which time he has developed an expertise in numerous areas of the law, including corporate, employment and labor, real estate, contract, licensing and zoning, and probate.  Presently, he is the court-appointed Receiver for Roxbury Comprehensive Community Health Center, served as the Interim Town Manager of the Town of Stoughton, and prior to becoming Of Counsel at McKenzie & Associates, P.C., in Boston, attorney Feaster was Of Counsel to the firm of Wynn & Wynn, P.C.

He is a graduate of Northeastern University and Northeastern School of Law. Feaster’s advocacy for those afflicted with mental illness began over 10 years ago when he participated in a Congressional Black Caucus panel on the subject, but intensified with the passing of his son Joseph III in August 2010. Educating and advocating on the subject became his “ministry”, and he has spoken around the country in various settings. He has served as board member of NAMI Boston andthe Massachusetts Association For Mental Health, Inc., and the Urban League of Eastern Massachusetts.

Feaster says, “We must confront the stigma of mental illness head on. We must educate, advocate, and agitate. This is my ministry…this is my mission.”